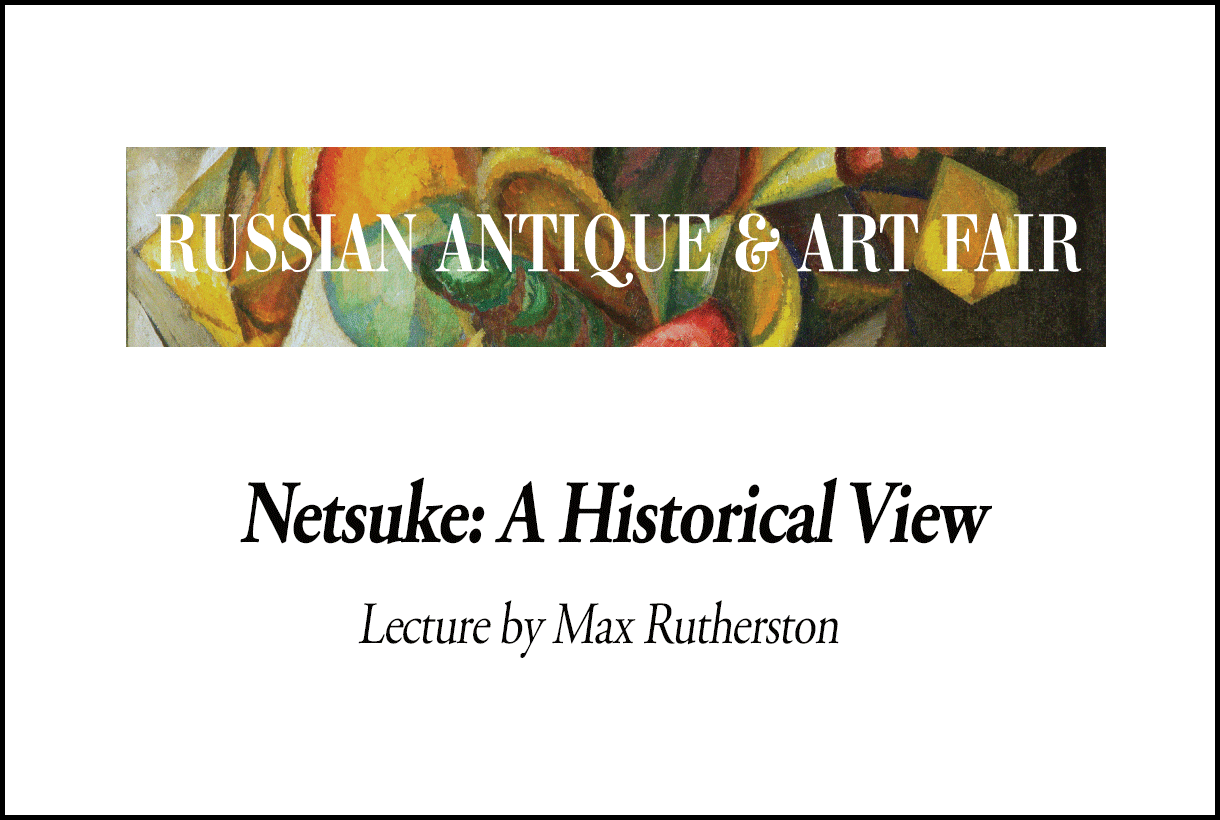 At the 44th Russian Antique Salon, one of the leading experts on netsuke Max Rutherston (Great Britain) will give a lecture on “Netsuke, a historical review.”

This fall, a special project is dedicated to the year of Japan in Russia (2018). The theme of the special exhibition is “Netsuke through three centuries”. It will feature works by great carvers, whose names are known not only to profound connoisseurs of Japanese art, but also to the general public – Tomotada, Okatomo, Mitsuhiro, and other famous netsuke masters.

The exhibition will be able to trace the history of the evolution of netsuke – its birth in the late XVII century, the flowering of the XVIII-XIX centuries and the final transformation in the XX century into an independent art direction. In Moscow, a similar exhibition will be organized for the first time. Unique values ​​from private collections will make it possible for the public to come into contact with many-sided Japanese art and culture.

As a special guest of the project, one of the leading experts on netsuke Albert David Maximilian (“Max”) Rutherston (London, Great Britain) – former director of the Japanese art department of the Sotheby auction house specializing in the trade in Japanese art, will visit the exhibition. For many years he is a recognized expert in this kind of art, and advises leading collections of the world, including the British Museum. At the 44th Russian Antique Salon, Max Rutherston will give a lecture on “Netsuke, a historical review”.

Key topics of the lecture by Max Rutherston: